The Birth of a New Company

It started with a chance phone call in 1978. Dick Virnoche, having spent 19 years in sales and sales management for a major pharmaceutical company, decided a career change was best for his family and became a stockbroker. It was in this context that he met and began working with Harvey O’Neil. Harvey, who was in his seventies, was planning on selling Badger Popcorn and was interested in investing the proceeds. As Dick learned more about the business, the spark that ignites the imagination of every entrepreneur burst into flame. Less than 1 year later, and with the help of his wife Ellen and sons Tim and Tom, Badger Popcorn became the Virnoche family business.

By 1993, Dick’s hard work and innovative thinking had helped the company double its size twice since 1979. His sons, having been given more and more authority in the running of the business on a day to day basis, were ready to step in and continue the family tradition. On October 1, 1993 Tim and Tom bought Badger Popcorn from their Mom and Dad. “The Boys” have continued to do business the way their parents taught them — treat everyone fairly and honestly, provide the best products at a good value and deliver excellent customer service. From its earliest origin, Badger Popcorn came about as a result of providing a helping hand to the pioneers of the modern concession industry. Harvey O’Neil was one of those pioneers. Harvey operated a popcorn wagon in the early 1940s. He got his start by playing fairs in Marshfield and Madison, Wisconsin. Harvey got into the habit of bringing along some extra supplies and selling to the other concessionaires at the fairs.

By 1948, a “few extras” turned into a small popcorn supply company, and Harvey began stocking popcorn kernels for the first time. Five years later, Badger Popcorn was incorporated in the state of Wisconsin. Then in 1958 Harvey expanded again and became a full stocking dealer of Gold Medal Products, then and now the #1 manufacturer of concession equipment and supplies in the world. Purchases from Gold Medal that year totaled $484.00! With Gold Medal on board, Badger Popcorn became Wisconsin’s first full-line concession supply company.

Our Vision of the Future

Badger Popcorn is a traditional “bricks and mortar” company that recognizes the role technology can play in helping us better serve our customers. We don’t believe any web site will be a good substitute for the knowledge and experience that our staff can share with a Customer on a personal level, but we do understand that it’s a great starting point for gathering information. If you’re not completely comfortable in making a purchase decision, give us a call and we’ll share with you a little of the expertise we’ve picked up over the last 53 years.

At Badger Popcorn, we know our success is tied to yours… and the better we do our job, the more successful we’ll both become. We have invested heavily in both our physical plant and in finding and keeping the best people in the industry. Our dedicated team of professionals are focused on this single goal for the future:

To become an indispensable partner to our customers through excellence in product knowledge, service after the sale and through a consistent and ethical approach to doing business. 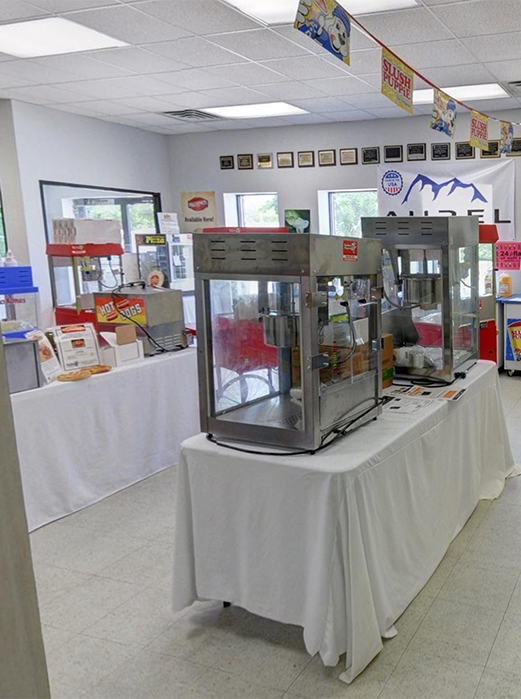 Take a Virtual Tour of our Showroom 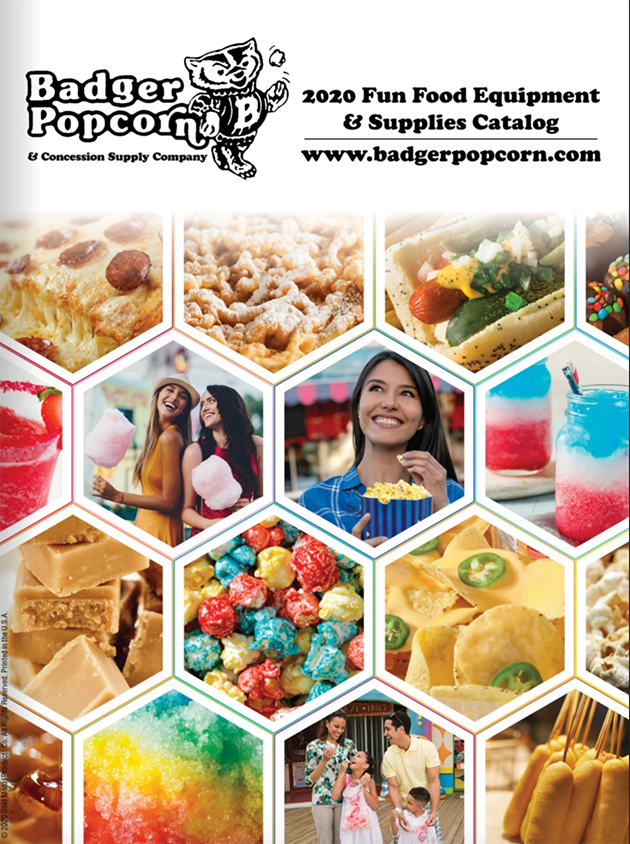 President (during even numbered years)